The History Of Osteopathy 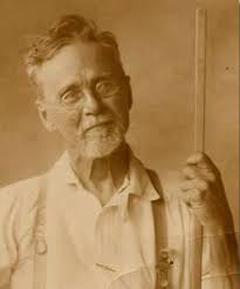 Osteopathy was founded as a discipline by Andrew Taylor Still, MD, DO, in 1874, in Kansas, USA.

Still was born in 1828, the son of 'circuit-riding' Methodist minister, physician, farmer and millwright.
He learnt much while following his father on his rounds as a minister-physician, and as an apprentice, although he also undertook some formal training in Kansas City, and was issued an MD by the state of Missouri.

In the latter stages of the nineteenth century, medical practitioners were still extremely poorly trained by today's standards, and had very little understanding about the causes of disease. 'Heroic medicine', as it is now known, refers more to luck and constitution of the patients than to the status of the practitioners! 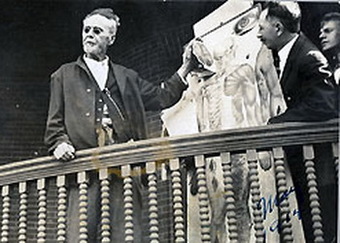 An epidemic of meningitis claimed the lives of three of A.T. Still's children in spite of the best efforts of orthodox medicine.  He bent his efforts towards developing a systematic method and basis for treatment without some potentially disastrous side-effects of the then-available therapies.

Many of his ideas were well ahead of their time, although not expressed in a way we would immediately recognise today.  He worked largely with (and through) the musculoskeletal system, recognised the importance of the vascular and lymphatic systems, and used the one to affect the other ("the rule of the artery is supreme").  He also believed in natural immunity and self-regulation of the body ("the body is its own medicine chest").

He found the American School of Osteopathy in Kirksville, Missouri in 1892, and while the state of Missouri granted the school the right to award the MD degree, Still chose to offer the DO (Doctor of Osteopathy) degree to 'fling the banner of osteopathy to the breeze'.  It should be noted that the first class of twenty-two students included five women, very unusual at the time.